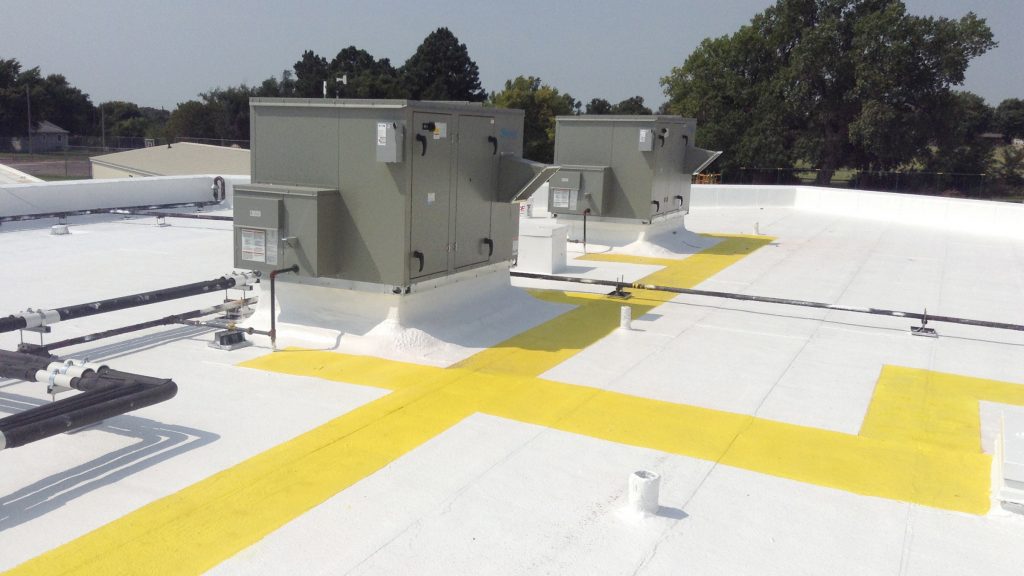 You ever drive downtown and see a roof lying in the street? Hopefully it is not your roof lying in the street. Wind can be by far the most damaging thing to roofs, and it almost always requires immediate action. In spring 2014 I was in Sutton, Nebraska, looking at eight buildings in which a small tornado had ripped off the roofs like a tin can and literally threw them on main street. The fire department and city had sectioned the street off with the yellow safety tape you see on CSI. It was raining and misting and doing interior damage to all those buildings. The buildings all were significantly tall, which severely limited the ability of a building owner or maintenance man to perform a quick repair to slow the damage to the buildings. In short it was a mess. We were able to come in and immediately do temporary repairs to mitigate damage, and then put new roofs on within the next 30-60 days.

Being able to help that community and those building owners is one of the proudest moments of my career. As we worked with the insurance companies to repair 100-year-old buildings, a few things became evident as to why the roofs failed to stay attached to their respective buildings.
1. Every roof failed at leading edge (outside edge) of the roofs.
2. Where the roofs were attached at the edge there were not enough screws/fasteners, and what the screws went into was rotten.
3. I was learning a hard and expensive lesson.

Perimeter attachment or proper edge fastening is the absolute most important part of installing a commercial roof. It cannot be done quickly and shortcuts cannot be taken. We like to build redundancy into our roofs, which simply means that we like to overdo it in areas that are likely to fail. We want multiple stops to keep massive failure at bay. Take a lesson from us and don't skimp on a commercial roof. It protects oftentimes the biggest investment of your business.